Childless friends. You’ve probably got a few—but why have they made this choice and how do you keep them in your life?

Somewhere amongst all of that, you were also supposed to find the perfect job, meet the ideal partner and buy a house. In other words, be an adult.

Generally, society will let you slide on a couple of those things. Perfect job? Eh, as long as you can afford two-minute noodles then you’re fine. Ideal partner? Potentially just a dating app or a night on the town away.

But mention you’re indifferent about having kids or—heaven forbid don’t want them at all—then you’d better be ready to face the wrath of the townspeople with pitchforks at the ready.

The general consensus is that once you’re into the child-rearing years then you should be, well, rearing a child or two—and if not you’re doing life all wrong.

But concepts are shifting. In a world of greater opportunity—especially for women—plenty of people are choosing not to have children; instead, focusing on career, travel and themselves.

Who are these people? And what’s wrong with them?

Childless friends are everyone. Literally. They’re more common than you think. They’re colleagues, they’re family and they’re friends. But also, whoa, chill out for a second … there is nothing wrong with them.

Your childless friends have simply made an important life choice—like where to live, what to eat, or which daytime soap opera to watch (okay, maybe that’s not so important).

But why don’t they want kids? Kids are so cute!

When you’ve got that adorable bundle of joy in your clutches you may question how anyone could possibly fathom not wanting the same blissful feeling.

But step back for a second and take off the rose-coloured glasses. Think about the moments when that same bundle of joy is clocking-in for the daily appointment to tear the house apart, or waking at all hours of the night for the next rendition of ‘Cry me a River’.

Not only may it seem like your few childless friends have made a thoroughly sound decision; you may start to question every choice you have made throughout your entire life. 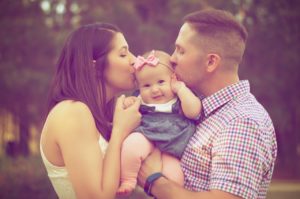 Those moments don’t last though—and there is so much good stuff!

True … for you. However, not everyone sees it like that.

The reality is that people who have chosen not to have kids have probably thought about both of the above scenarios quite extensively.

They have probably also contemplated the sheer scale of such a lifelong commitment. Not everyone is cut out for that level of worry—which doesn’t go away when the kids have grown up. In fact, in all honesty, it probably only gets worse when they leave home.

They have likely weighed up all these pros and cons and decided that—for them—one isn’t worth the other. The key thing to remember is that there’s nothing wrong with it. Nothing at all.

In most cases, of course not! Childless friends may simply not have a lifelong maternal or paternal instinct. Not everyone has that feeling and not everyone has to have it.

Perhaps it ties into other issues. Take someone with anxiety for example; the idea of caring for another human being could just be far too much to contemplate. Or perhaps it’s just as simple as liking alone time too much and not wanting to give it up.

It’s important to remember that they will probably still adore kids—and yours especially. They’ll probably jump at the opportunity to give you a break in exchange for the attention of a little one minus all the responsibility. 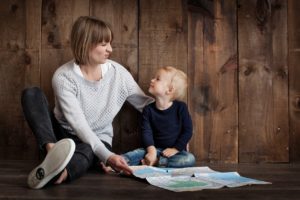 Okay, so how do I keep them in my life?

Excellent question! And the fact you’re asking it means you’re well on the way to it happening.

Your relationship with these friends cannot start and end with your children. You have each chosen vastly different life paths, and maintaining those important connections is going to take hard work—a LOT of hard work.

If each of you doesn’t make the effort, then before you know it the friendship will start to drift. Seemingly at the snap of a finger, it will have been years since you talked to someone who was once a non-negotiable part of your life. Basically, keep them in your life by whatever means possible.

Make time for them as they do for you. Share your highs and lows with them. Don’t make it all about you. Yes, your life has taken on a whole new and insanely busy format, but they still have things going on. You need to ask them about their lives.

Most importantly, do not judge them. Many people are likely to call them out as selfish—which is the worst thing anyone could say. It’s likely they will see their choice in the exact opposite way; that not bringing another person into an overcrowded planet—just because they’re supposed to—is doing something noble.

Above all else, don’t make childless friends feel guilty for choosing not to have kids—and don’t try to change their minds. You don’t have to agree with them, but you do have to respect them.

Phrases like “You’ll change your mind one day” and “You don’t know what you’re missing” are only going to drive your friends away. You know how annoying it is when someone tries to convince you about religion, or a fad diet or TV show? Yeah, it’s the same thing—just on a much grander, division-inducing scale.

Put yourself in their shoes. You probably felt a little isolated from your friends soon after having a child. Remember how the pandemonium of the new baby went away and the reality of the task took over? How people suddenly stopped visiting and the messages dried up? It was the age-old problem of being the odd one out.

Well, as friendship groups get older, that’s what happens to the ones not having kids. Suddenly, they’re the exception to the rule and can be easily forgotten in the rush of parental life. You can stop that from happening.

That’s exactly how it can feel when you’re the one person without the baby. So, if you have friends who have made the choice not to have any, all you really have to do is keep being a friend. If they’re important to you, then you will already know that—and so will they.

The other great thing? The more friends you have without kids, the more in touch you can stay with the cool stuff. They’ll be all clued up about the latest and greatest bars, clubs and restaurants. You’ll then know where to go with them when you need to escape for a little bit of sanity. 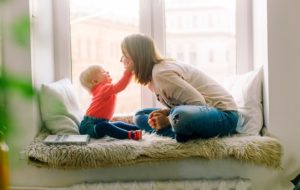 Do you have friends who have chosen not to have kids? Let us know how you’ve kept them in your life in the comment section below.

Also, keep an eye out next week for our interview with some real women who have chosen to not have kids!

And if you need some renewed motivation as to why you’re doing a great job as a parent, check out our article Twelve Ways That Parents are the Ultimate Superheroes.